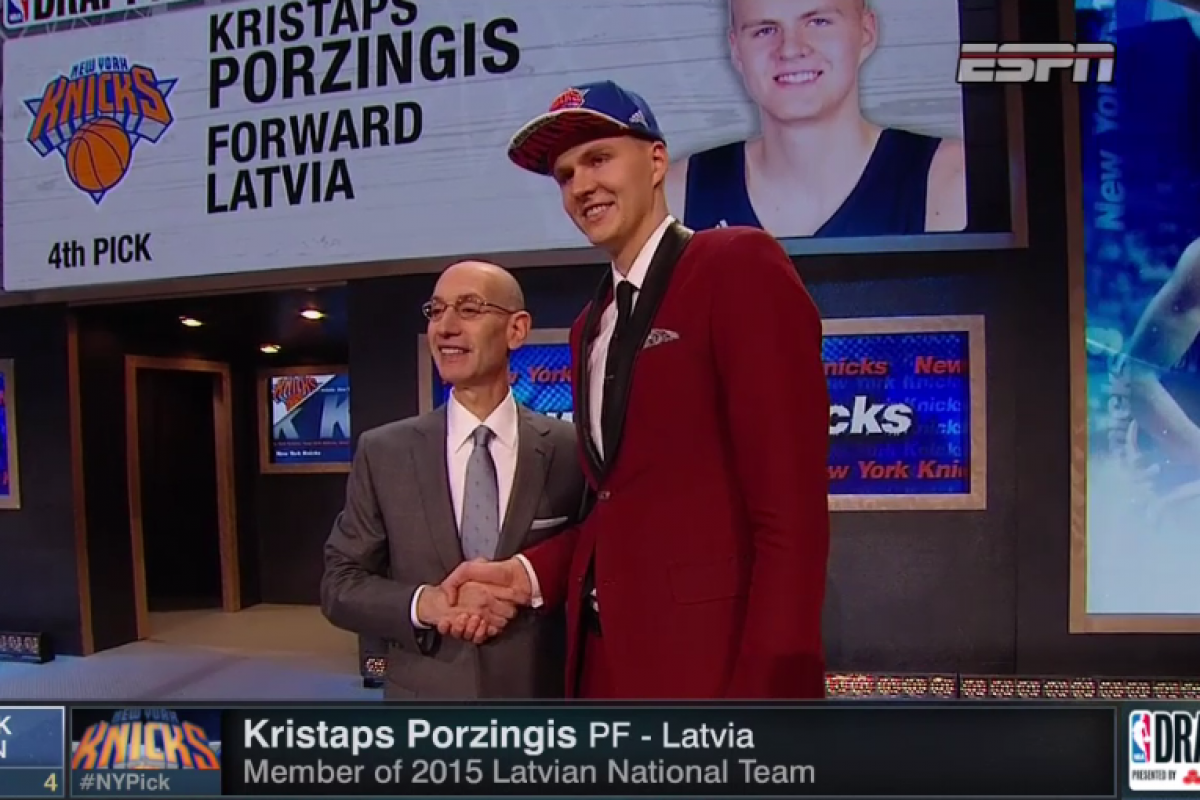 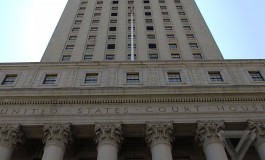 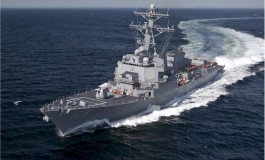 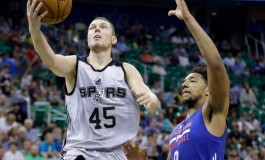 Latvia native Kristaps Porzingis has been selected No. 4 overall by the New York Knicks in the NBA Draft tonight.

It is the highest position in history for a Latvian to be drafted by National Basketball Association. Previous record belonged to Andris Biedrins who was drafted 11th overall by Golden State Warriors in 2004.

Kristaps Porzingis is one of the youngest players in the Draft — he is 19 years old and does not turn 20 until August. Despite his age, Kris has managed to hoop professionally in Spain with Baloncesto Sevilla.

With the 4th pick at the 2015 NBA Draft, the New York Knicks select Kristaps Porzingis from Latvia.

When the Latvian heard his name called at the Barclays Center tonight, he also heard some boos from the demanding Knicks fans crowd. The US audience obviously haven’t heard much of Porzingis and haven’t seen him play overseas.

Nevertheless, Kristaps is optimistic about becoming a true franchise player and helping New Yorks Knicks develop — and making those fans look different at him.

I mean, a lot of fans weren’t happy that they drafted me, but I have to do everything that’s in my hands to turn those boos into cheers.

The legendary NBA coach Phil Jackson who is currently the Knicks president, has played an instrumental role in drafting Kristaps Porzingis. The Zen Master defends his selection fiercely and is confident that Kristaps will put the struggling team back on the map.

He has intestinal fortidue to go after it.

Indeed, Porzingis is a 7-1 inside player with high basketball IQ and feel for the game. He has a soft touch from outside and can shoot a three. Sure, he has to put up some muscles and adjust to the triangle and Knicks defensive schemes, but that’s just a matter of time.

We don’t have any reason to doubt our fellow baller will represent Latvia to the fullest!

Good luck in the League, Kris!