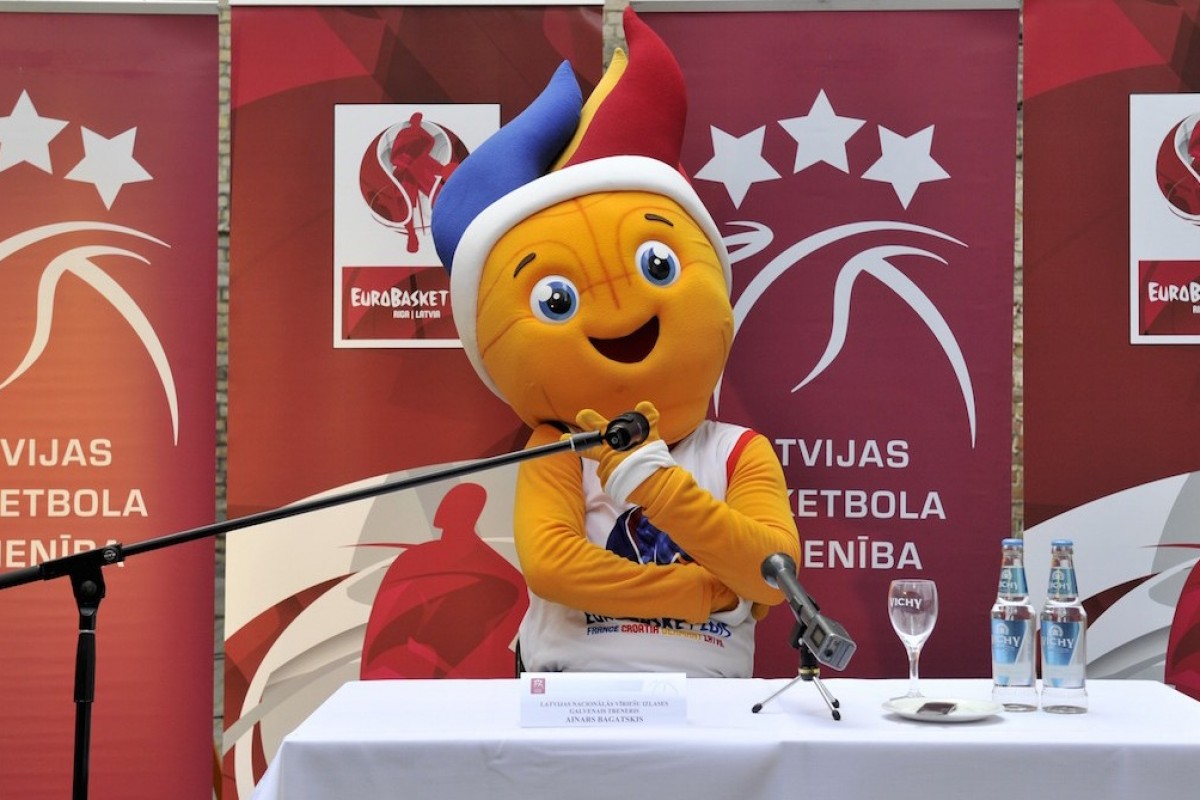 The EuroBasket mascot Frenkie the Fireball (pictured) has announced the preparation schedule for Latvian national basketball team. Ok, maybe it was not Frenkie himself who made the announcement, but he definitely had got to be in the spotlight.

Team Latvia will commence the prep period on July 23 when 16-17 National team candidates will first practice together. There are 9 exhibition games scheduled for the preparation period.

From August 14 to 16, Team Latvia will travel to Tbilisi to play another exhibition tournament against National teams of Georgia, Italy and Estonia.

For the third time, Latvians will also participate in the Basketball Supercup hosted by German Basketball Federation in Hamburg from August 21 to 23. National teams of Germany, Turkey and Poland will also compete in the tournament.

Exhibition games will be concluded on August 29 when Latvia will enjoy their home court advantage while receiving Team Macedonia at Arena Riga.

Before Team Latvia final roster training camp, 14 second roster players will gather on July 20 for a few practices and two scrimmages against the National Team of Tunisia on July 24 and 25 in Šiauliai. After that, the coaching staff will define 4-5 players that will join the final cut of the 12-player roster.