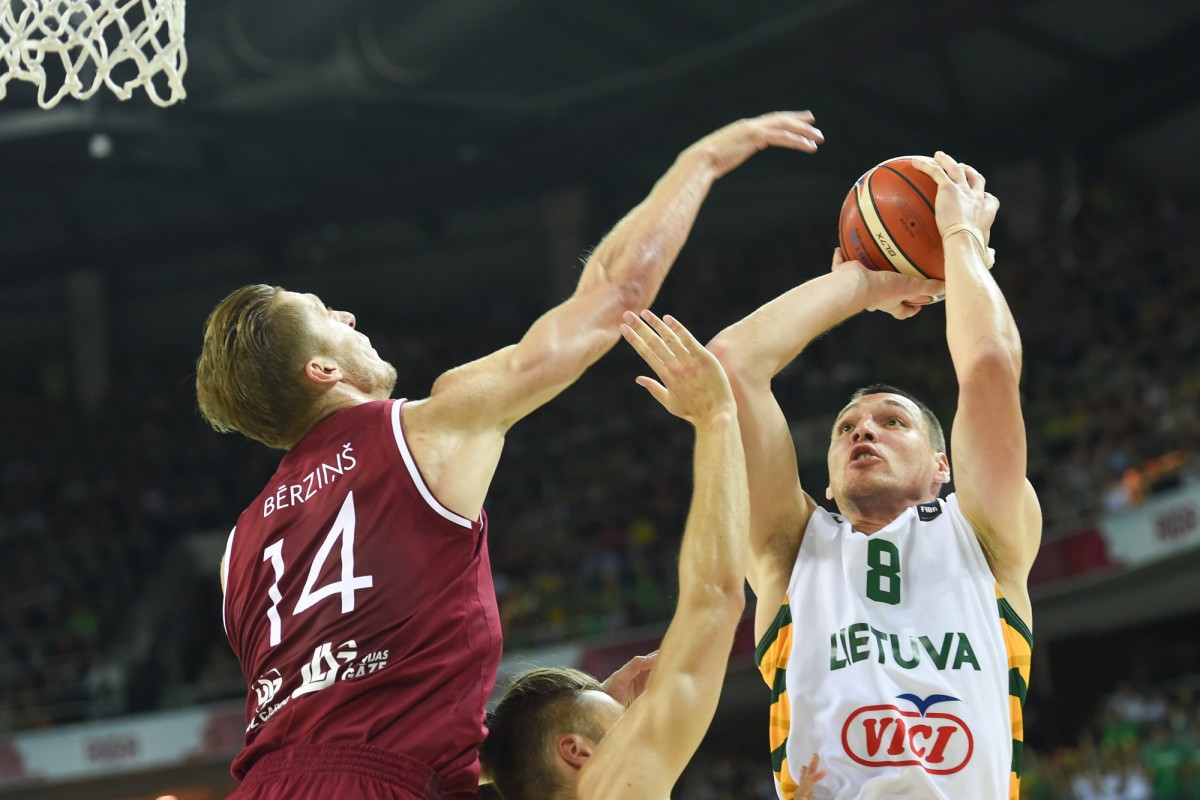 Team Latvia puts up a fight in the first half, collapses late in the game

The Baltic Battle — involving National Basketball teams of Latvia and Lithuania has been an eye for an eye for years. Stemming from Latvians grabbing the first EuroBasket ever back in 1935, all the way to the new era when it’s always a war on the court.

With the President of Latvia, Prime Ministers of Latvia and Lithuania, as well as the legendary center Uljana Semjonova in attendance, tonight’s meeting between the two squads at EuroBasket 2015 was not an exception.

Latvians started with a dunk right off the tip to energize the crowd, then followed by a couple of threes by Kaspars Bērziņš after which the Arena went nuts.

Taller and more physical as he is, Jonas Valanciunas worked the post well, backing down Bērziņš but could not execute on a few possessions.

It was a back and forth lead change when Team Lithuania first went ahead in the 2nd quarter. One by one, tooth for tooth, the Baltic squads battled with each being ahead by a point 6 times midgame.

Jānis Strēlnieks seemingly broke the trend by knocking down a big shot from downtown and putting Latvia ahead by 2, but it was the last time the three-starred jerseys led.

After the back-to-back lead changes, the score was evened by Jonas Valanciunas catching an oop — and Lithuanians getting a grasp of the game, to never look behind.

Nevertheless, the Latvian fans kept the noisy cheers going, overchanting the Baltic neighbors who came over to fill the other half of the Arena. LAT-VI-JA is what was heard even when it all seemed hopeless for the home team.

“The support of the fans was tremendous — that’s a true 6th player, who is chanting your team’s name even when they trail by 19 in the fourth”, Kaspars said after the game, referencing the Latvian Basketball Federation campaign for fans called 6. spēlētājs.

Indeed, Team Latvia ended up losing the battle 49-68. Latvian Head Coach Ainars Bagatskis mentioned the obviously low scoring as the main reason of the 2nd half collapse and team’s first L in a Group D table.

In the 3rd quarter, I cannot say that Lithuanians did anything really special, we just stopped playing offence. Simple things — if you cannot score, you cannot win.