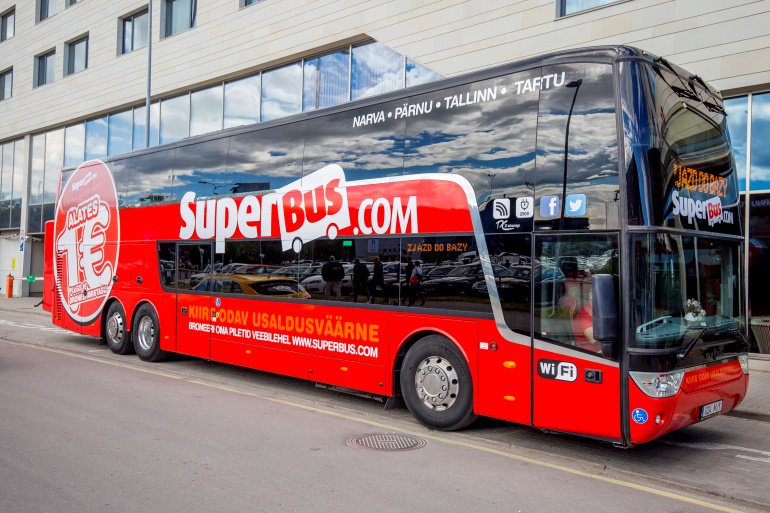 Bus Transport Holding OÜ, the owner of the SuperBus.com brand announced that as a consequence of administrative decisions the company has to suspend all operational activities in Estonia after July 31, 2016.

The company statement released today mentions that SuperBus has been dealing with many difficulties regarding their entrance and development in the Estonian market.

The first set of route permit applications was refused by the Road Administration and the company was required to accept timetables which were less viable commercially and operationally. The case had been submitted to the court and was ruled in favor of SuperBus in June 2016.

Despite the court’s ruling the Road Administration has not changed its decision and requires the company to either continue with its existing operations or to operate both the older and new route permits simultaneously. To do so, it would be necessary to almost double the fleet size and operate unprofitable routes with few potential passengers. As a result it would be impossible for SuperBus to develop a financially viable business regarding the fact that we are a private family company, the company added in the statement.

We have no alternative than to suspend our operations from the July 31, 2016.

The bus company promises to ensure that all planned courses are operated according to the current timetable up to and including July 31. All Passengers who have already purchased tickets for journeys in August will automatically receive a full refund.

In the statement, SuperBus also thanks all Passengers and business partners, the friends and fans for their support and commitment. “We had a lot of plans for Estonia that we won’t have a chance to implement.” — the statement concludes.