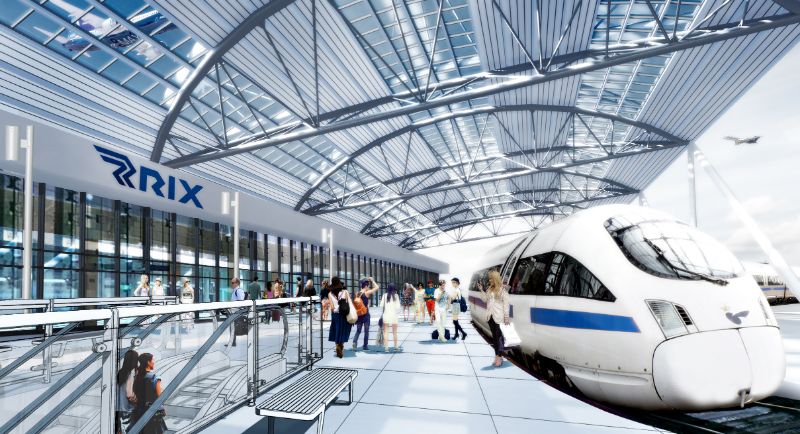 The route of the projected high-speed railroad Rail Baltica was finally approved by Latvian government on Tuesday. Discussions are still to be held with European authorities on a section running through the Salacgrīva region.

On Latvian territory, Rail Baltica will run through 15 municipalities, stretching from Estonia to Lithuania — on a total range of 263 km. All municipalities have actively participated in planning the route.

The project includes constructing the new 1435 mm European gauge in the Baltics, to connect the main regional cities of Tallinn, Riga, Kaunas, Warsaw and Berlin.

Rail Baltica will feature electric trains for both passenger and cargo traffic.

The construction works are set to begin in 2018, with the Tallinn-Riga-Kaunas section to open in 2025, and the long-awaited Warsaw connection — in 2030.

Total cost of constructing Rail Baltica is estimated at €3.68 billion according to European Commission figures. The Latvian stretch of track will cost €1.27 billion. Around 80% of the cost will be paid for by EU co-financing.

Watch the visualization below to see how will Rail Baltica look and where will its route go: